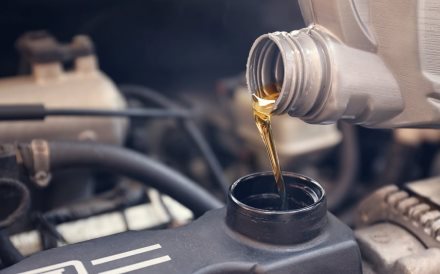 The Importance of Changing Engine Oil

Engine oil play a crucial part in your engine’s functionality. Without the oil, your engine can become damaged fairly quickly and so it’s in your best interest to make sure that the engine oil is up to par. The oil in your engine makes sure that the all mechanical components are lubricated to reduce friction, wear and heat. The engine oil ensures that components don’t rub against each other and wear away. While it depends on how often you use your car, older engine oil doesn’t perform as well and so a regular change in engine oil is essential to the functionality of your car.

Is it Necessary for Me to Change My Car’s Engine Oil?

There are a lot of different components to an engine and a lot of them need to be properly lubricated when the engine is running. This is where engine oil comes into play.
Over time, your engine oil will begin to collect contaminants and while your oil filter will catch most of this, the oil can still remain contaminated. This results in the engine oil not being as effective, which can cause problems throughout your engine.
The easiest way to explain how oil works in an engine is using the analogy below.

Rub your hands together. You’ll notice that your palms begin to get hot, this is due to friction. Now, if you add a few drops of oil (or hand wash) to your hands and do the same thing, less heat will be generated as friction is reduced. Following on from this, place some salt in the palms of your hand. Notice how even though your “oil” is still on your hands, friction is still being created. This is similar to how dirty oil reacts in a running engine.
So, to answer the initial question: yes, it is necessary for you to change your car’s engine oil regularly.

If I Don’t Change the Engine Oil, What Will Happen?

As we’ll cover later in this article, an oil change is a fairly easy task to complete. Given the simplicity, it’s advisable to change your oil when it needs to be done. If you choose not to then you may run into problems with your car’s engine later on, some of which are more expensive to fix than others.
The main reason for engine oil is to lubricate the different parts of the engine, control the heat of the engine, and prevent components from wearing away. This may result in damage to some of your engine’s components, a decrease in engine performance, and at worse engine parts may need to be replaced.
In some of the worst cases of heat damage, the engine’s pistons may end up welded to the wall of the cylinder and the engine will seize up. This is an incredibly expensive thing to have fixed.

All in all, nothing good can come from not changing your engine oil!

OIL CHANGE
Did you know you can literally double the life of your engine through regular oil changes?

Taxi cab owners have an oil change done every 3 months in order to get maximum life out of their engine. This keeps their engine going for as much as 500,000 km or more while the rest of us get around 300,000km due to infrequent oil changes.
So here is some useful information for you.
Some car owners believe or are told that their oil only needs to be changed every 10,000 or 15,000kms, especially owners of late model vehicles. Not knowing all the facts can damage your car’s engine and result in much unnnecessary expense.
It is your driving habits that greatly affect the life of the engine oil and consequently, the engine.
If your vehicle travels less than 20 kilometres per trip for more than half its journeys, you should have the oil changed every 5,000 – 7,000kms.
It is estimated that 80% of vehicles fall into this category with short trips to work, to the station, to school or to the shopping centre. This creates a greater risk of increased engine wear and damage compared to a car that travels long enough to vaporise the potentially damaging contaminants.
Water vapour, unburnt petrol and blow-by gases from the combustion process overload the oil which combine to produce sludge deposits. It takes about 20 kilometres from a cold start to fully warm up the engine oil and reduce the rate of fuel contamination. This does not effectively take place in engines that don’t travel further than 20 kilometres after each cold start. The oil becomes saturated with contaminants regardless of how high-grade the oil is.
Further, oil thick with deposits can’t reach the moving parts as quickly when the engine is first started – the point at which the damage occurs. The lubricant is less effective, accelerating wear and leakage. In addition, many modern engines have reduced sump capacities, some as low as 3.5 litres (including oil filter), causing the oil to be under alot more stress – particularly as the oil approaches the end of its effective service life.
Other abnormal conditions that reduce oil change intervals include dusty roads, heavy loads and sustained high speeds.
Simply topping up an engine low on oil with new oil is not the same as giving it an oil change. Contaminants left behind increase in concentration each time the oil level drops, accelerating engine wear.
So protect your investment by taking the time to check the vehicle’s manual to identify what your abnormal driving conditions are and how they may affect the oil, even between regular service periods. Or simply enquire when you next have your car serviced.

What happens if you don't change your oil in time

What’s the difference between synthetic oil and normal oil?

Synthetic oil is generally preferable to mineral oils for modern vehicles. It operates better at lower temperatures because the lower viscosity of synthetic oil means it is able to flow and lubricate the engine at cold starts more easily. Furthermore, at high operating temperatures, the molecules in synthetic oil do not break down as easily, thus protecting the engine from excessive wear over time. However, manufacturers specify the most appropriate oil to use in their vehicles to ensure consumers get the best out of the vehicle. Using different oil from the manufacturer’s specification can be detrimental to the vehicle’s fuel consumption and/or its engine’s life.